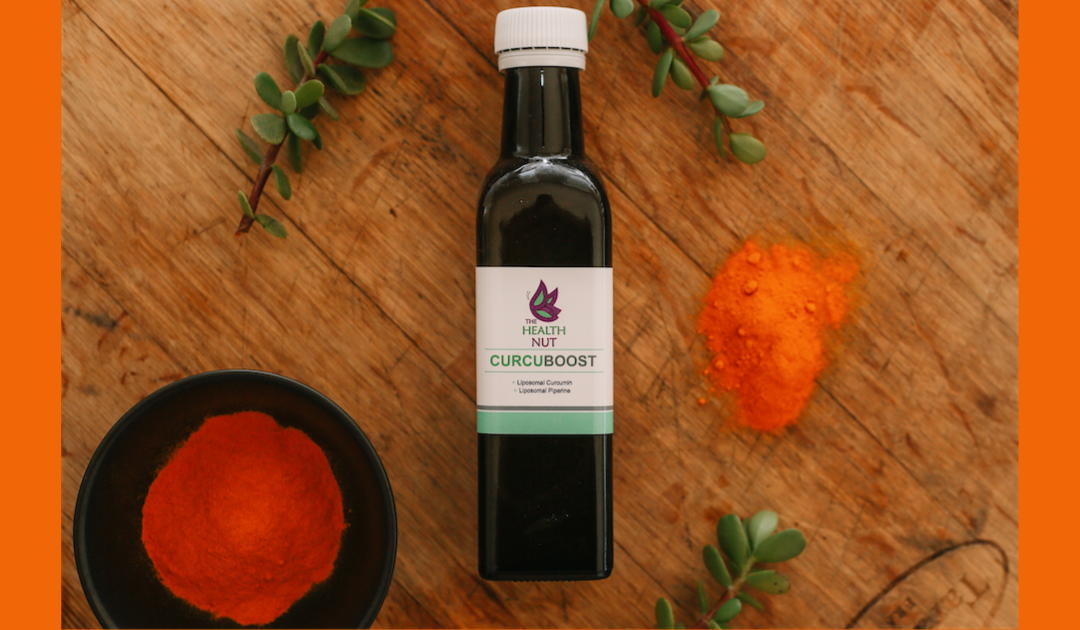 For those who appreciate the unique spiciness of turmeric, it’s serendipitous to learn there are several layers of extraordinary health benefits included with the active ingredient known as curcumin. One of the latest was revealed in a study in which scientists tested the powerful compound for its effects on heart failure patients.

Heart failure, experienced by nearly 6 million people in the U.S., weakens your heart and affects its ability to pump sufficient oxygen. Patients no longer have the ability to participate in activities and exercise like they once did, which could be described as life altering.

Heart failure is also described as chronic, progressive and incurable, although a change in lifestyle, such as eating a balanced, healthy diet and performing regular exercise can decrease feelings of fatigue and enhance their mood enough to help people resume their lives to a large degree.

Research published in the Journal of Applied Physiology reports that curcumin may help patients with chronic heart failure by increasing skeletal muscle strength, endurance and exercise capacity.1 Although mice were the subjects used in the trial, the scientists are hopeful their research can eventually be translated to human patients in a clinical setting.

Turmeric is in the same botanical family as ginger, another powerful spice with proven, health-beneficial compounds. With that in mind, corresponding study author Dr. Lie Gao, assistant professor of cellular and integrative physiology at the University of Nebraska Medical Center (UNMC), notes:

“This study showed an important proof of principle. Some foods and spices, such as broccoli and turmeric, contain a rich supply of antioxidant compounds. Consumption of these foods or spices may improve skeletal muscle health. For patients with stable heart failure that have limited ability to exercise, compounds like these may be beneficial.”2

Interestingly, previous studies proposed that targeting skeletal muscle with antioxidants may be advantageous for heart failure patients, but Gao states that it’s not possible to use curcumin on humans because of the high amounts it would take.

Gao then suggests that “other antioxidants” such as dimethyl fumarate, a drug currently popular for treating multiple sclerosis,3 could be used for its health-improving benefits. That said, curcumin is one of hundreds of plant-based nutriments, from carrots to tobacco, to be unapologetically sourced and manufactured into pharmaceuticals.4

Curcumin, taken from the underground rhizome of the plant, is the pigment that gives curry its bright yellow hue, explaining why turmeric is an ingredient used to complement and color stir-fries and sautéed root vegetables, rice, scrambled eggs and braised greens such as kale and collards.

In just the past few years, queries about the spice touted to have a “cult following” have increased exponentially, according to The Guardian.5 It’s showing up in foods like smoothies and the trendy turmeric latte known as golden milk, a potent blend of organic turmeric powder and coconut milk and/or virgin coconut oil.

Optional flavor additions include vanilla, raw honey or stevia, a stick of ginger and/or cinnamon, and sometimes a healthy dash of black or white pepper. The addition of ghee is used to soothe a sore throat.

In fact, the use of black pepper in golden milk is supported by a study in which the “curcuminoid-piperine combination” addressed the symptoms of metabolic syndrome in 117 study subjects who exhibited both oxidative stress and inflammation. According to the randomized, controlled trial and updated meta-analysis,6 oxidative and inflammatory status showed significant improvement, even with short-term curcumin supplementation.

Tellingly, turmeric is called the “spice of life” in India. Golden milk is becoming increasingly popular not just as a pleasant, warming drink for cool autumn evenings, but as a sleep aid for people who struggle with insomnia. Further, curcumin has been identified as a substance that’s safe, effective and natural.

The scientists wrote that their use of curcumin was due to its long-recognized ability to positively influence several aspects of brain health. The rats in the study were exposed to low doses of DEET, or N-diethyl-m-toluamide, a common insect repellant, and other chemicals related to GWI, such as pyridostigmine bromide and permethrin. They were also subjected to restraint for five minutes daily for a period of 28 days.

Even more recently, another study9 shows that chronic neuropathic pain and the cognitive impairment that accompanies it can be addressed with the antinociceptive (reduced sensitivity to painful stimuli10) and neuroprotective application of curcumin, demonstrated using rats in a lab setting subjected to cobra venom.

Interestingly, the rats exhibited improvements in spatial learning and memory deficits, as well as increased exploratory activities due to the ability of curcumin to reverse the damage done to hippocampal neurons and synapses. Scientists concluded that curcumin can “alleviate pain, improve spatial learning and memory deficits, and treat chronic neuropathic pain-induced cognitive deficits.”

Mood and Memory Enhancement via Curcumin

The inflammatory and antioxidant properties of curcumin to improve memory and mood were again confirmed when UCLA published results of a double-blind, placebo-controlled 18-month trial in the American Journal of Geriatric Psychology, in which 90 milligrams (mg) of a bioavailable form of curcumin, taken twice a day, “led to significant memory and attention benefits” in people with mild memory loss.11

Curcumin has been suggested as the explanation for why senior citizens in India, whose regular diets include generous amounts of curcumin-containing foods, show both a lower incidence of Alzheimer’s disease and sharper cognitive function. Further, the study “results suggest that taking this relatively safe form of curcumin could provide meaningful cognitive benefits over the years.”12

Gary Small, director of the University’s Semel Institute for Neuroscience and Human Behavior and the study’s first author, notes that while the mechanisms behind curcumin’s brain benefits aren’t yet known definitively, they might be due to its inhibitory effect on brain inﬂammation, which has been associated with both major depression and Alzheimer’s disease.

Forty people, including healthy people without dementia as well as those with the characteristic “microscopic plaques and tangles” of Alzheimer’s, ranging in age from 51 to 84 years, participated in the study. Scientists took standardized cognitive assessments at the beginning of the study as well as at six-month intervals, and participants’ curcumin levels were checked in their blood after 18 months. Further:

“Thirty of the volunteers underwent positron emission tomography, or PET scans, to determine the levels of amyloid and tau in their brains at the start of the study and after 18 months. The people who took curcumin experienced significant improvements in their memory and attention abilities, while the subjects who received placebo did not …

In memory tests, the people taking curcumin improved by 28 percent over the 18 months. Those taking curcumin also had mild improvements in mood, and their brain PET scans showed significantly less amyloid and tau signals in the amygdala and hypothalamus than those who took placebos.”13

The participants’ amygdala and hypothalamus — regions of the brain known to control several memory and emotional functions, which were positively influenced by the curcumin — were defined as critical areas of the brain.

Still another study, this one presented at an American Heart Association International Stroke Conference,14 uncovered curcumin’s ability to repair damage caused by strokes, which have been called “brain attacks” caused when a blood clot blocks an artery or blood vessel, effectively cutting off blood flow and triggering brain cell death and sometimes brain damage and even death.

Stroke symptoms include an inability for individuals to walk due to a loss of balance, a sudden, severe headache, difficulty seeing, weakness, often on one side only, and sudden confusion. It’s crucial to know that the longer your brain goes without oxygen, the greater your risk of lasting damage.

A drug used on stroke victims, referred to as “clot-busting,” the current and most common intervention, is a synthetic contrast to the curcumin-hybrid known as CNB-001, which repairs damage sustained at the molecular level by the lack of oxygen.

Besides crossing the blood-brain barrier, CNB-001 works by influencing the mechanism responsible for the regeneration of brain cells and offers future stroke victims new hope for more complete recovery.

This is a specific example of a time when a drug can both save your life and prevent the very frequent and devastating outcomes of a stroke. Incidentally, medical intervention is crucial to help prevent such damage from stroke, but must be obtained within 60 minutes.

Curcumin has been identified as one of the most powerful chemopreventive and anticancer agents, and recognized for its wide spectrum of pharmacological properties and inhibitory effects on metabolic enzymes, according to PubChem, which notes its wound healing and antimicrobial effects, and states:

“Curcumin blocks the formation of reactive-oxygen species, possesses anti-inflammatory properties as a result of inhibition of cyclooxygenases (COX) and other enzymes involved in inflammation; and disrupts cell signal transduction by various mechanisms including inhibition of protein kinase C.

These effects may play a role in the agent’s observed antineoplastic properties, which include inhibition of tumor cell proliferation and suppression of chemically induced carcinogenesis and tumor growth in animal models of cancer.”15

Significantly, the active elements in curcumin attack cancer while leaving healthy cells untouched. For the purpose of disease intervention, while turmeric is available in powdered form, it contains very little of the active compounds in curcumin, or only about a 3 percent curcumin concentration.

Because it’s not easily absorbed through your gastrointestinal tract, it’s more effective to use a high-quality bioavailable curcumin extract, according to a 2013 study.17 A typical anticancer dose is just under 1 teaspoon of curcumin extractthree or four times daily.

The Little Known Miracle of Life: Fulvic acid
Guidelines to Being Prepared for, and Managing Fevers

END_OF_DOCUMENT_TOKEN_TO_BE_REPLACED

Guidelines to Being Prepared for, and Managin...